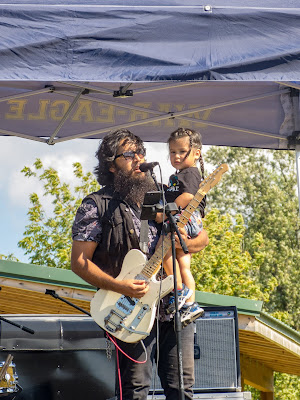 -Audience Recording using Zoom H2 rear internal mics >SD Card>PC>Adobe Audition>CD Wave Editor (split tracks)>TLH>FLAC Level 8
-"A "Midwest Sounds" recording (MWS090)
-Feel free to re-master, share on any other torrent site, convert to MP3, just never ever sell it. Also, if you like this show, please support the artist by buying their music and seeing a show next time they're in your area.


"Corey Medina is a Native American Blues Artist from Shiprock, NM. Shiprock is on the Navajo Tribal Nation where Corey was born and raised. He moved to Northern Minnesota in 2012 and collaborated with Incepticons Entertainment. Through Incepticons Entertainment Corey released his debut album "Old Dog Crying" in May of 2015, produced by Garlic Brown Beats. Corey now plays, writes and produces with the Incepticons team full time and also travels with his band known as "The Brothers", hence Corey Medina & Brothers. Corey refers to the Brothers as a representation of the relationship he likes to keep with his fellow band mates. Currently the Brothers band consist of Eric Sundeen of Bemidji, MN on Drums and Gary Broste also from Bemidji, on upright bass. They set out to spread light to dark, and hope to the hopeless with their raw, soulful, intimate music and stage presence."
Posted by Dan at 4:38 PM