-Audience Recording using Zoom H2 rear internal mics >SD Card>PC>Adobe Audition>CD Wave Editor (split tracks)>TLH>FLAC Level 8
-"A "Midwest Sounds" recording (MWS114)
-Feel free to re-master, share on any other torrent site, convert to MP3, just never ever sell it. Also, if you like this show, please support the artist by buying their music and seeing a show next time they're in your area. 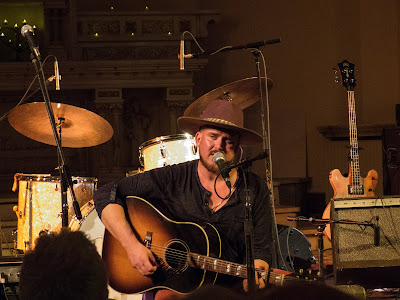 In the fall of 2018, Huckfelt left behind the familiar—the comfort of his home in Minneapolis; the camaraderie of his critically acclaimed band, The Pines; the luxuries of heat, hot water, and electricity—and relocated to Isle Royale, America’s most remote and least visited national park in mighty Lake Superior. Six hours by boat off the Michigan coast, Isle Royale is the largest island in the world’s largest freshwater lake, an isolated stretch of wilderness seemingly forgotten by the 20th century (to say nothing of the 21st). There, as an Artist In Residence selected by the National Park Service, Huckfelt spent ten hours a day for two straight weeks writing in solitude, channeling the mysterious and lonesome island’s spirits into his stunning debut solo album, ‘Stranger Angels.’ 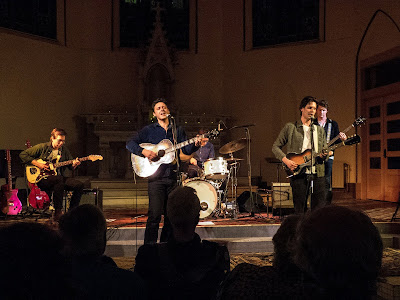 
Blood Harmony. Whether it’s The Beach Boys, Bee Gees or First Aid Kit, that sibling vocal blend is the secret sauce in some of the most spine-tingling moments in popular music. The Cactus Blossoms – Minneapolis-based brothers Page Burkum and Jack Torrey – offer compelling evidence that this tradition is alive and well, with a deceptively unadorned musical approach that offers “creative turns of phrase, gorgeous harmonies, and an ageless sound” (NPR All Things Considered), not to mention spine tingles aplenty. Their 2016 debut You’re Dreaming, a stunning and transporting collection of original songs, earned high praise from Rolling Stone and Vice Noisey, tour stints with Kacey Musgraves and Lucius, and a perfectly cast performance on the third season of David Lynch’s Twin Peaks. Now their unlikely rise continues with new album Easy Way, to be released on their own label Walkie Talkie Records.
Posted by Dan at 1:55 PM