-Audience Recording using Zoom H2 rear internal mics >SD Card>PC>Adobe Audition>CD Wave Editor (split tracks)>TLH>FLAC Level 8
-"A "Midwest Sounds" recording (MWS070)
-Feel free to re-master, share on any other torrent site, convert to MP3, just never ever sell it. Also, if you like this show, please support the artist by buying their music and seeing a show next time they're in your area. 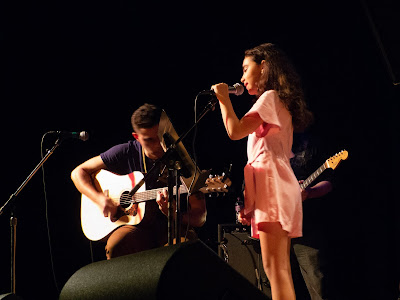 
Daughter/Father band DoubleDragon is less of a band, in the traditional sense, and more of a science lab for Pela (pronounced "pella", age 9) and Alexei (don't worry about it) to experiment with words, sounds, and a socially acceptable amount of movement. Oh yeah, and they play strictly covers and original songs only. 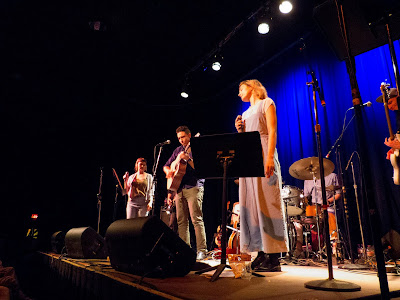 
Roma di Luna are proud to announce our 7th release - “We Were Made to Forgive.”

It has been quite a long time since our last one, and we certainly have a history- a quick Google search will enlighten you. But here we are, all the original members, releasing nine new songs into the world and for the first time on vinyl. So why now? We donated the proceeds from our reunion show- it wasn’t for the money. The title is a clue I suppose, but when all is said and done we are all connected now. When we’re all in a room together we laugh, play better, laugh some more, are better.

We’ve all done a lot of different things musically since our last release, and you can hear some of that in this new one. But you’ll find that same voice, heart and soul in there.

The songs. Some of them we wrote and played back before our break, others when a handful of us had a new project called Warey. Some are from months ago. Most of them were recorded at Sparta Sound in Sparta MN by our old friend Rich Mattson, a couple by bandmember Ben Durrant at his Crazy Beast Studio in NE Mpls, and at the Train House in Maiden Rock, WI. Most songs were mixed by Alex Proctor at April Base in Fall Creek WI, but a couple were by Ben.

As a band we’ve been lucky enough to play shows with Mavis Staples, Bon Iver, Andrew Bird; at several weddings and at a wake; at venues big and small all around.

https://blog.thecurrent.org/2018/05/review-and-photos-roma-di-luna-host-a-family-affair-at-the-cedar/
Posted by Dan at 4:05 PM