-Audience Recording using Zoom H2 rear internal mics >SD Card>PC>Adobe Audition>CD Wave Editor (split tracks)>TLH>FLAC Level 8
-"A "Midwest Sounds" recording (MWS094)
-Feel free to re-master, share on any other torrent site, convert to MP3, just never ever sell it. Also, if you like this show, please support the artist by buying their music and seeing a show next time they're in your area. 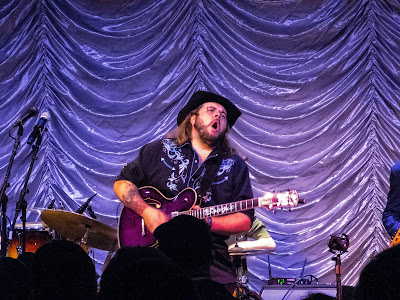 First song cuts in, they started the show before everyone was in the doors.


From Baton Rouge, Louisiana, Jonathon “Boogie” Long was born with the blues coursing through his veins. Brought up in a Southern Baptist community, he first picked up the guitar at the age of six, teaching himself old gospel songs. Years later, a teenage Long found himself playing weekly gigs at blues clubs and events around town. At fourteen, he left school to lay down his roots touring with local legend Henry Turner Jr. &  Flavor from 2003 to 2005, as well as putting in time with Louisiana legends such as Larry Garner, Kenny Neal, and James Johnson at local Blues jams. Boogie has shared the stage with standout musicians such as Warren Haynes and Govt Mule, Jimmy Vaughn, Greg Allman, ZZ Top, Dr. John, Rockin’ Dopsie, 3 Doors Down, Ellis Hall, Ann Wilson, Henry Gray, Lil Ray Neal, and Lou Marini of the Blues Brothers Band. 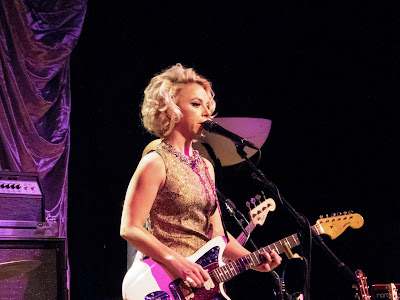 
After launching her recording career in 2009, Samantha Fish quickly established herself as a rising star in the contemporary blues world.  Since then, the charismatic young singer-guitarist-songwriter has earned a reputation as a rising guitar hero and powerful live performer, while releasing a series of acclaimed albums that have shown her restless creative spirit consistently taking her in new and exciting musical directions.

Having already made it clear that she's more interested in following her heart than she is in repeating past triumphs, Samantha Fish delivers some of her most compelling music to date with Belle of the West, her fifth studio album.  The deeply soulful, personally charged 11-song set showcases Fish's sublime acoustic guitar skills as well as her rootsy, emotionally resonant songwriting.

As far as Samantha Fish is concerned, her musical future is an open road.  "I'm never gonna be a traditional blues artist, because that's not who I am," she asserts.  "But it's all the blues for me.  When Muddy Waters and Howlin' Wolf came out, what they were doing didn't sound like anything that had been done in blues before.  You've gotta keep that kind of fire and spirit.  I'm never gonna do Muddy Waters better than Muddy Waters, so I have to be who I am and find my best voice.
Posted by Dan at 12:29 PM