-Audience Recording using Zoom H2 rear internal mics >SD Card>PC>Adobe Audition>CD Wave Editor (split tracks)>TLH>FLAC Level 8
-"A "Midwest Sounds" recording (MWS132)
-Feel free to re-master, share on any other torrent site, convert to MP3, just never ever sell it. Also, if you like this show, please support the artist by buying their music and seeing a show next time they're in your area. 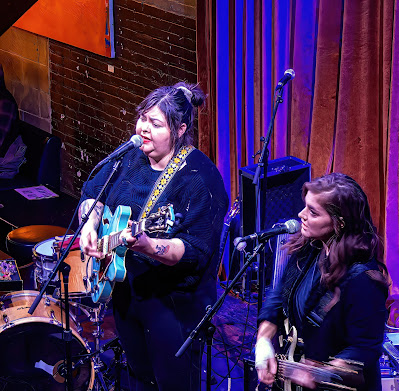 Laura Hugo is a Native American singer/songwriter from Teec Nos Pos, AZ located in the Navajo Nation. She moved to Minnesota in 2010 to pursue her music and has since played all over the Twin Cities and around the Midwest. She has used her experiences with grief, mental health and general confusion about her place in the world to write honest and relatable songs. 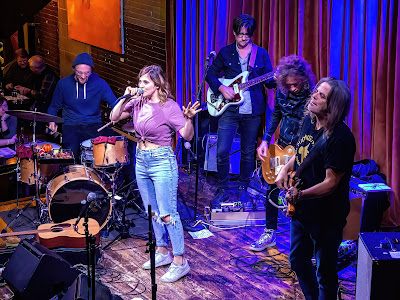 Faith Boblett is a Minneapolis singer-songwriter with roots in northern Minnesota. She began writing her own music at the age of thirteen, shortly after teaching herself to play the guitar. Though Faith was raised in a musical household, she has been persistent in finding her own voice through songwriting and performing. Her goal? Timeless songs.

Faith’s music falls somewhere in the realm of pop, Americana, rock, and alt-country. She pulls inspiration from songwriters like Sheryl Crow, Brandi Carlile, and Tom Petty. Faith Boblett was named one of 2018’s Best New Bands by First Avenue.

In 2013, Faith released her debut album, Oil & Water, produced by Brent Sigmeth. In 2014, Faith released Tell ME, an EP produced by Knol Tate. In November of 2018, she released her second full- length album, Enough, produced by Knol Tate & Faith Boblett. Faith's third LP, take care, was released in October 2020.
In addition to writing and performing her own music, Faith Boblett is also a part of the larger Minneapolis music scene. She has performed as a part of the annual XTC: Senses Working Overtime tribute, as well as other tribute shows for Tom Petty, Dolly Parton, and Shania Twain. Faith has also provided backup vocals for other local bands like Fathom Lane, Deleter, American Housewife, Blue Green, XIII Arrows, Nick Costa, and The Crash Bandits. 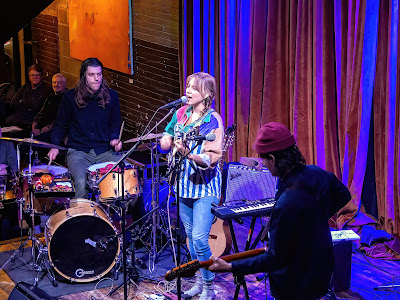 Inspired by the crystalline chill of the north country she calls home in Minnesota, Humbird combines a wintry longing with the warmth of a familiar folktale. Humbird’s music moves between experimental folk and environmental Americana to embrace the unexpected. The music invites a refreshing dissonance into the house. It leaves bread crumbs along the path and reflects light back at the stars.

Siri Undlin witnessed the power of storytelling in her childhood home and began writing music and performing in church choirs and in Irish ensembles from a young age. Her voice, which contains the unwavering fortitude of hymnal melodies, reveals her traditional background.

In 2019, Humbird released the critically acclaimed, debut full-length, Pharmakon, which introduced us to Humbird’s songcraft and harmonic folk style. With Folk Alley calling the album “... an absolutely hypnotic listening experience.” Atwood Magazine described it as music wrapped in “gentle rebellion”. The release garnered millions of online streams and a wide range of accolades, including 89.3FM The Current’s “Best Local Albums Of The Year”, one of City Page’s “Picked To Click” Awards, “Best Minnesota Albums” from the Star Tribune, and as an official showcasing artist at SXSW in Austin.

Most recently, the material on Humbird’s sophomore record Still Life (October 2021) has already received enthusiastic praise from within the folk world – awarded as one of Kerrville Folk Fest’s New Folk winners for 2021.
Posted by Dan at 3:33 PM