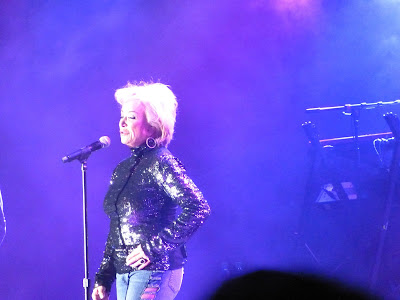 -Audience Recording using Zoom H2 rear internal mics >SD Card>PC>Adobe Audition>CD Wave Editor (split tracks)>TLH>FLAC Level 8
-"A "Midwest Sounds" recording (MWS062)
-Feel free to re-master, share on any other torrent site, convert to MP3, just never ever sell it. Also, if you like this show, please support the artist by buying their music and seeing a show next time they're in your area.


Tanya Tucker, a defining voice of country music and a modern-day legend, was signed to a record deal and recorded her debut single “Delta Dawn” at age 13. The single earned a Grammy nomination for Best Female Country Vocal Performance and launched Tucker into the national spotlight during her early teenage years. In 1972, she earned the Top New Female Vocalist award from the Academy of Country Music. With a wildly growing career at such a young age, the Tucker craze continued with her first No. 1 single in 1973, “What’s Your Mama’s Name.” After a slew of hits in the 1980s, she released “Two Sparrows in a Hurricane” and “It’s a Little Too Late,” which made her one of the best-selling artists in country music. Tucker continues to release new music and tour the country with her classic yet edgy performances.
Posted by Dan at 11:50 AM